During the classical era of English art (from about 1750–1790) painters such as Sir Joshua Reynolds, Thomas Gainsborough and George Stubbs were at the height of their popularity. As the Romanitic movement emerged in the late 18th century and the early 19th century, producing artists whose work is as varied as that by John Constable, J.M.W. Turner, and William Blake.

Turner’s artistic style passed through several stages, but he seems best known for his nearly abstract wild landscapes that explored the effects of light. His work was influential in the development of Impressionism. In contrast, Constable’s serene landscapes were painted an conveyed a generally pastoral mood. Blake’s style has been described as both visionary and eccentric, and was not very popular in his day. Despite that, it has remained influential in both art and literature.

Notice the different ways these 18th and 19th century British artists portrayed their homeland. What similarities and differences do you see? What do you prefer and why?

Click on an image to see it in a larger format. 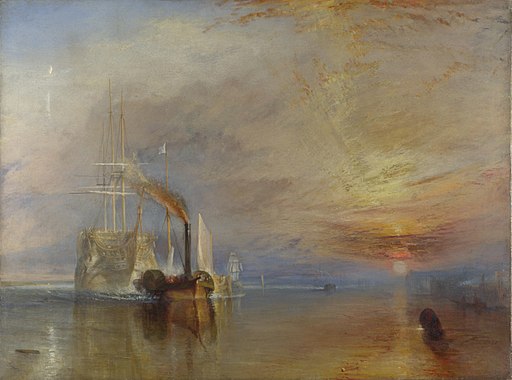 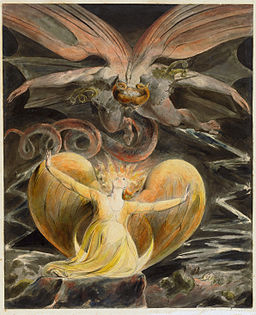 The Great Red Dragon and the Woman Clothed with the Sun William Blake, Public domain, via Wikimedia Commons

Introduction to Romanticism from Lilia Melani