William Butler Yeats (1865 – 1939) was an Irish Symbolist poet, as well as a two-term Irish Senator. He was a master of traditional poetry forms, and is widely considered one of the most influential twentieth-century poets. Yeats was awarded the Nobel Prize in Literature in 1923, the first Irishman to win the prize. 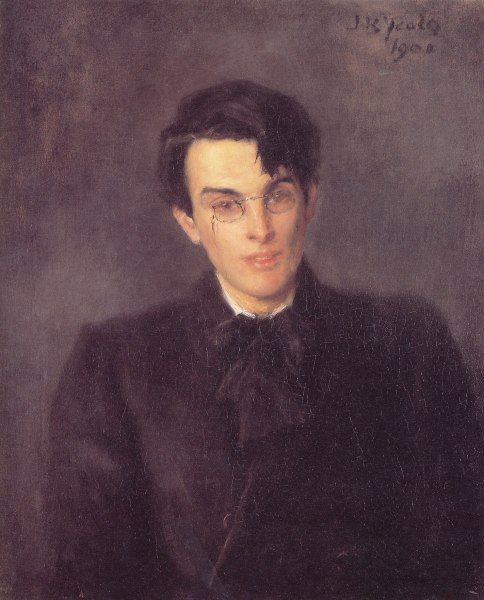 Enjoy the following Yeats poetry available on the Excellence in Literature site:

The Wild Swans at Coole

The Lake Isle of Innisfree

The Song of Wandering Aengus (below)

“When You Are Old”

Yeats reading his own poetry

In Yeats’ commentary, he explains that he is reading with an emphasis on rhythm, and as you listen, you will hear the lilting musicality of his reading.

Yeats’ poetry could be political in subject — this poem relates to the events of the unsuccessful Easter Rising, which was staged in Ireland against British rule on Easter Monday, April 24, 1916.

The Song of Wandering Aengus

American writer Eudora Welty was influenced by Yeats’ poetry, including the lyric poem, “The Song of Wandering Aengus.”